THE ORIGIN OF STREET ART

Slogans of protest and political or social commentary graffitied onto public walls are the precursor to modern graffiti and street art, and continue as one aspect of the genre. Street art in the form of text or simple iconic graphics in the vein of corporate icons become well-known yet enigmatic symbols of an area or an era. 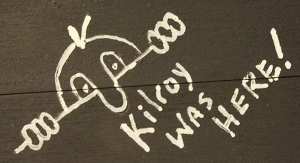 Some credit the Kilroy Was Here graffiti of the World War II era as one such early example; a simple line-drawing of a long-nosed man peering from behind a ledge.  “Kilroy” graffiti was described as “outrageous not for what it said, but where it turned up”.
Much of what can now be defined as modern street art has well-documented origins dating from New York City‘s graffiti boom, with its infancy in the 1960s, maturation in the 1970s, and peaking with the spray-painted full-car subway train murals of the 1980s centered in the Bronx.

As the 1980s progressed, a shift occurred from text-based works of early in the decade to visually conceptual street art such as Hambleton‘s shadow figures. This period coincides with Keith Haring‘s subway advertisement subversions and Jean-Michel Basquiat‘s SAMO tags.

What is now recognized as “street art” had yet to become a realistic career consideration, and offshoots such as stencil graffiti were in their infancy. Wheatpasted poster art used to promote bands and the clubs where they performed evolved into actual artwork or copy-art and became a common sight during the 1980s in cities worldwide.

Punk rock music’s subversive ideologies were also instrumental to street art’s evolution as an art form during the 1980s. Some of the anti-museum mentality can be attributed to the ideology of Marinetti who in 1909 wrote the “Manifesto of Futurism. Many street artists claim we do not live in a museum so art should be in public places with no tickets.

Dubai’s started with street art around 2013 – 2016, but it was in 2017 when Dubai Government started a movement where varied and vast public spaces were provided to national and international artists.
There is fabulous locations that you can find from north to south in key spaces.

You can see more information here. 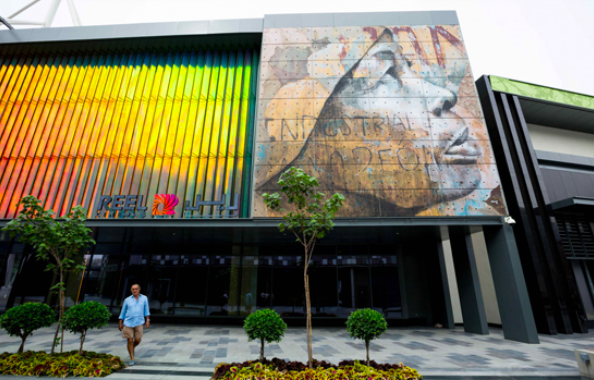 There is multiple fairs and initiatives happening in Dubai every year specially during winter months when the weather is good.

Dubai Canvas is one of the famous and expected 3D street art fair, that happens in different areas of the city every year.
People can enjoy real pieces of art made from the best artists in the world. 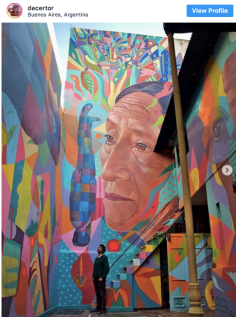 In recent years, Dubai has become a hotbed of fantastic street art, with wow-worthy walls from JBR to Satwa. And now Dubai Metro is next in line to get a splash of colour.
The Dubai Metro Murals Project will see two top international street artists transform some of the pillars of the Dubai Metro into masterpieces. The pillars that will be painted are on Sheikh Zayed Road, between Financial Centre and Emirates Towers stations.

According to Brand Dubai, which is behind the project, the themes of the murals have been chosen to “inspire creativity and spread happiness while also reflecting Dubai’s character, vision and future aspirations”.

Peruvian muralist Daniel Cortez, also known as Decertor, is one of the artists who has been chosen for the project. His colourful human portraits can be found on walls in Peru, Colombia, Mexico, Argentina and Morocco.

Dominican-born, Miami-based artist Elio Mercado, known as Evoca1, will also contribute to the project. You might have already seen his work at Al Raha Beach in Abu Dhabi.

The Dubai Metro Murals Project is part of a beautification initiative that aims to transform Dubai into an “open-air museum”. 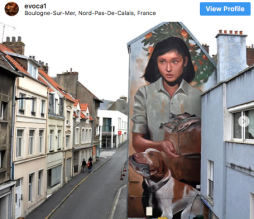 Other beautification projects that will take place over the next three years will cover bridges, tunnels, walking tracks, bus stops and other public facilities and areas.

Brand Dubai said artists from the UAE, the Middle East and around the world would be invited to create public artworks in the city.
Credit to What’s On

I can’t wait to see the new creations!

I see Street Art as a way of expression, as a way to create feelings and memories.

What do you think about Street Art?

I leave here a great reportage of Barcelona Street Art!